To be fair, we were warned. For days we had been watching the queues outside the two (official) fuel stations in Vic Falls grow.

But, we reasoned, queues in Africa are kinda part of everyday life.

This is me at the supermarket, for example:

Will had heard a rumour through his contacts that fuel was about to run out, but he thought it was…just a rumour.

Turns out it wasn’t, and that alongside the dramatic drop in water pressure each evening, the surging power/power cuts and the touchy hot water supply to our house that we haven’t quite figured out, we need to think about fuel.

As it happened, by the time our first guest had left (Will’s Oupa), we hardly had enough in my car to move it…and just enough in Will’s Pajero for me to go to the airport and pick mum and dad up!

(That’s Will twinning with Oupa below, and Will’s aunty and uncle visiting from Zambia). 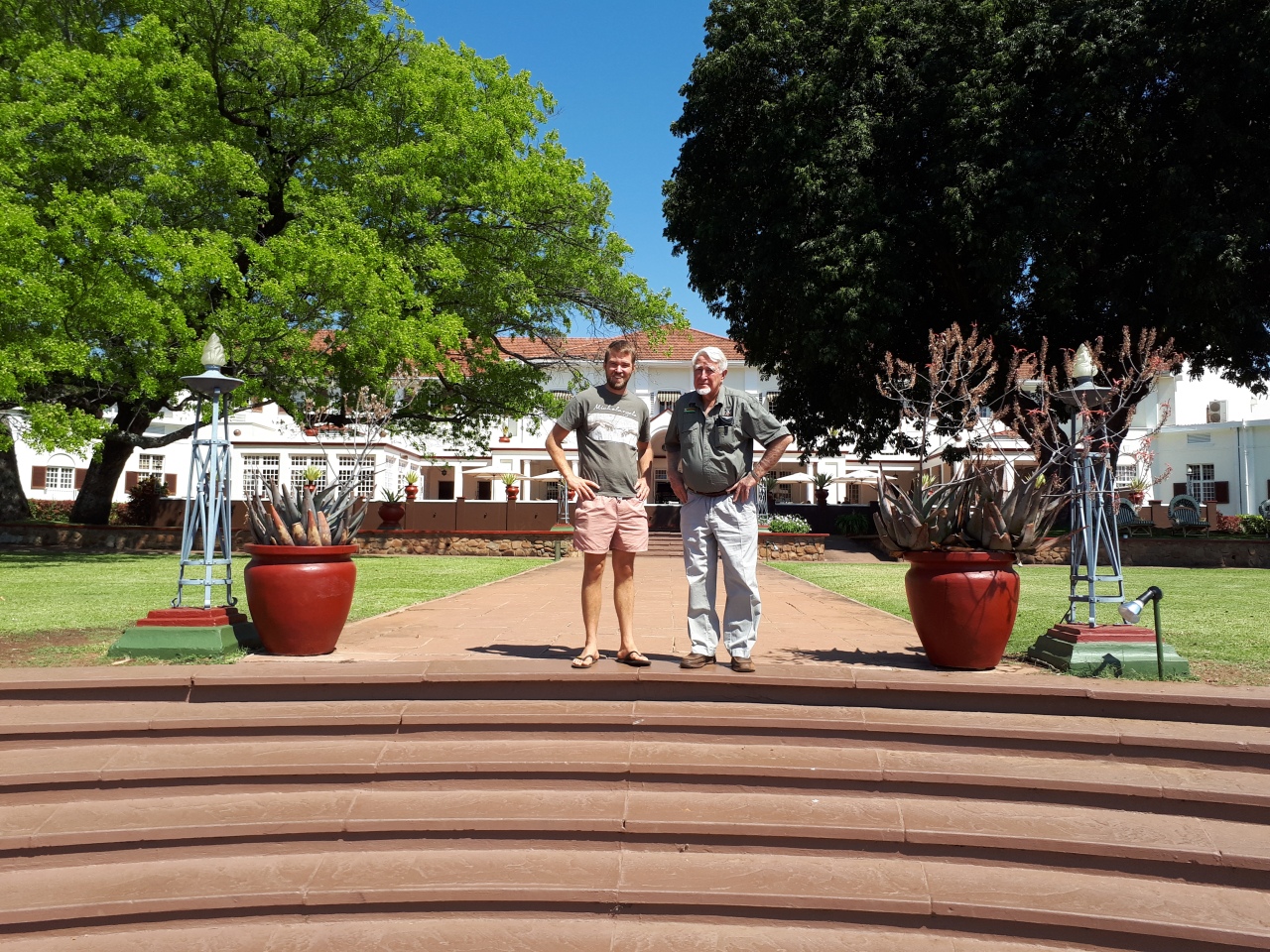 Apparently, these fuel shortages aren’t too rare, although the trucks make it up within a few days so life can carry on as normal.

So, technically, this wasnt THE great fuel shortage, it was just the one that taught us about them!

Because just as my car hit the red light, Will’s starter motor gave up the ghost!

For two days we were essentially trapped at our property with mum and dad (fortunately jetlagged and unwilling to do anything). We were, (also fortunately), well-stocked on the food front thanks to my supermarket dash the day mum and dad got here (see above queue).

Finally, Will got word through one of his contacts that both petrol and diesel had arrived, so he set off to fill my car.

Two hours later he returned, with 20 litres in the tank…the petrol was rationed!

All of this has been happening alongside a minor crisis in our residency status, which still hasn’t come through thanks to a stuff up from our team.

That means our container can’t cross the border without generating a big tax bill…and the container is due in a few days.

Suffice to say Will spent most of the time in the petrol queue praying, and if you are the praying sort, feel free to join us.

In the meantime, I will be hoarding as much food, water and (eventually) fuel as I can!

One thought on “The Great Fuel Shortage”