So this was meant to be a New Year’s post ( belated, in the tradition of this blog).

But as some of you may have been reading, the economic crisis has taken a turn for the worse.

At the end of last week, the government announced the price of petrol – in chronic shortage, hence our unbelievable queues – was going to more than double.

It kinda had to happen. Fuel was being sold for less than the fuel companies could buy it on the market, thanks to government price controls. The ensuing shortages were the cause of all the queues.

But adding yet another huge price increase to people already facing goods three times their usual price – without wages having increased – has tipped people over the edge. A stay-away from Monday through to Wednesday was organised. The idea was that everyone would stay away from work, effectively shutting the country down.

Unfortunately, they turned into riots in Bulawayo and Harare on Monday, violent in some areas. I read about it with relative apathy, thinking “meh it never seems to creep this far across the country. We’ll be fine.”

Will was already on his way to drop Kepler off. The flood of messages from concerned friends was giving minute-by-minute updates. There was (and is) no way to tell if the messages were scaremongering or real updates. After all, forwarded Whatsapp messages are the main way we get news here.

Kepler’s school was cancelled for the day (yes, he goes to “school” now four hours a day, it’s pretty flippin’ cute), and a friend brought him home. 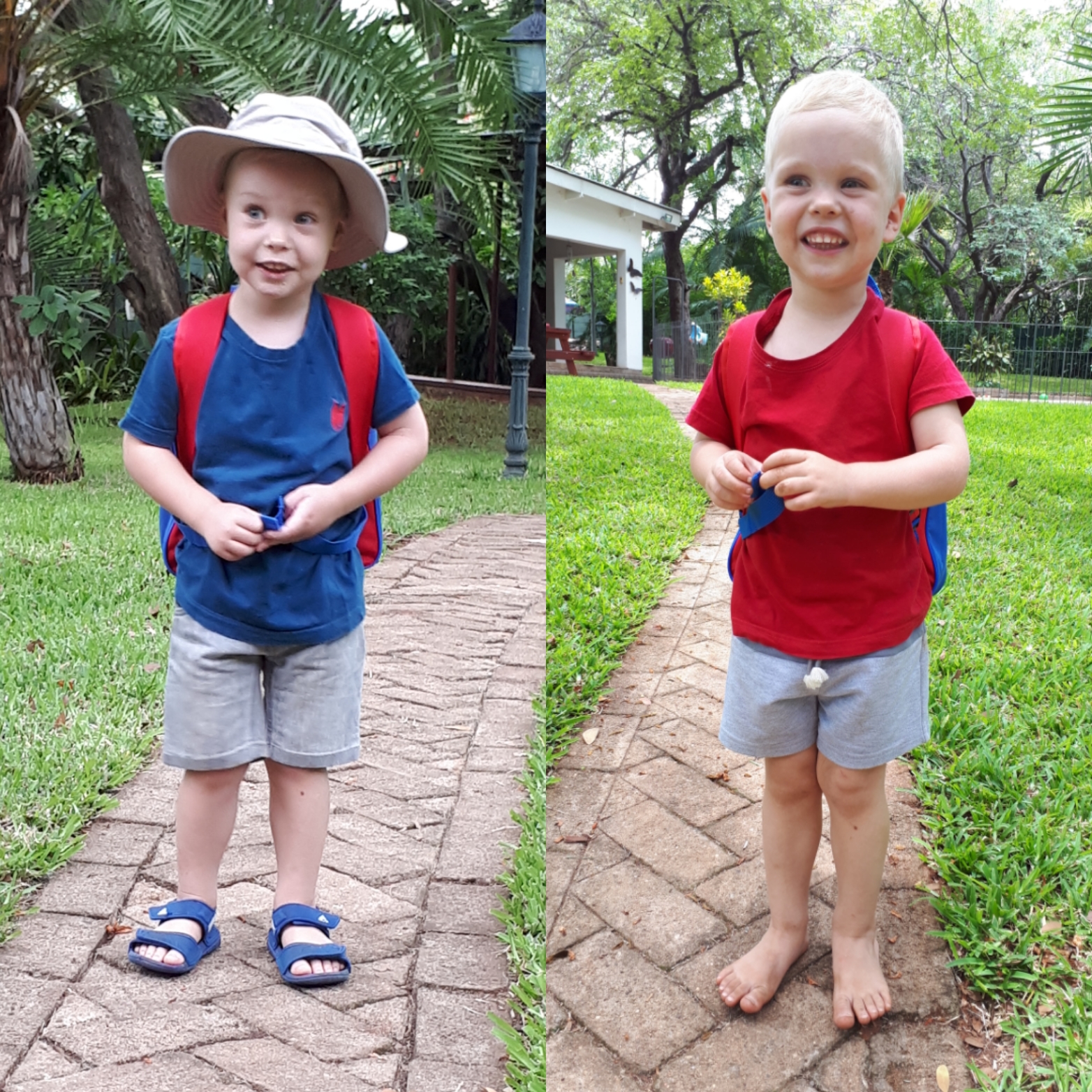 We checked whether our staff or their relatives needed to come stay on the property out of the way of Chinotimba, which seemed to be the suburb most agitated. They weren’t particularly worried.

Will decided to head up to Shongwe and carry on with work, while I attempted to write this blog back at home. Will got back, and announced that he had driven around Chinotimba and seen none of the supposed road blocks or riots.

Then the internet cut out. Whatsapp had stopped working a little earlier, as had Facebook, but this time I mean it totally cut out.

This is the government’s way of controlling the protests, and it was remarkably effective. Aside from some agitators questioning those who had tried to turn up for work, or shouting at passing cars, nothing happened for the rest of the day.

So we all hunkered down, and prepared for an enforced day of rest today.

My main concern with the blackout was how to get healthcare if something went wrong. It was a very strange feeling to be totally cut off from the world, and Dr Google. It made me realise that I needed to prepare some emergency plans that weren’t internet-reliant.

We had enough food and water in the house to last a while, and a breadmaker from Christmas, so thankfully nutrition wasn’t a problem, since all the shops were closed.

Text messages were still working, and I managed to contact my parents so they at least knew we were alive. Someone had told them the government had shut down the internet so it could massacre people.

I’m sure brutal repression for the protestors will have been part of this story. That is horrific, and it is wrong. It proves this government is no different from the last one.

But the crazy headlines we heard were floating around made it sound like the entire country was on the brink of civil war. I wished for my parents’ sake someone would write “Police station burnt down in suburb of Phumula” as opposed to “City of Bulawayo Burns”.

Then I wished someone would do a story on how many areas of the country were calm…like Victoria Falls where Will was painting and I was writing the second chapter of a book.

(It’s called Primal, it’s gonna be great. Like, totally. Like probably the greatest book in the world). 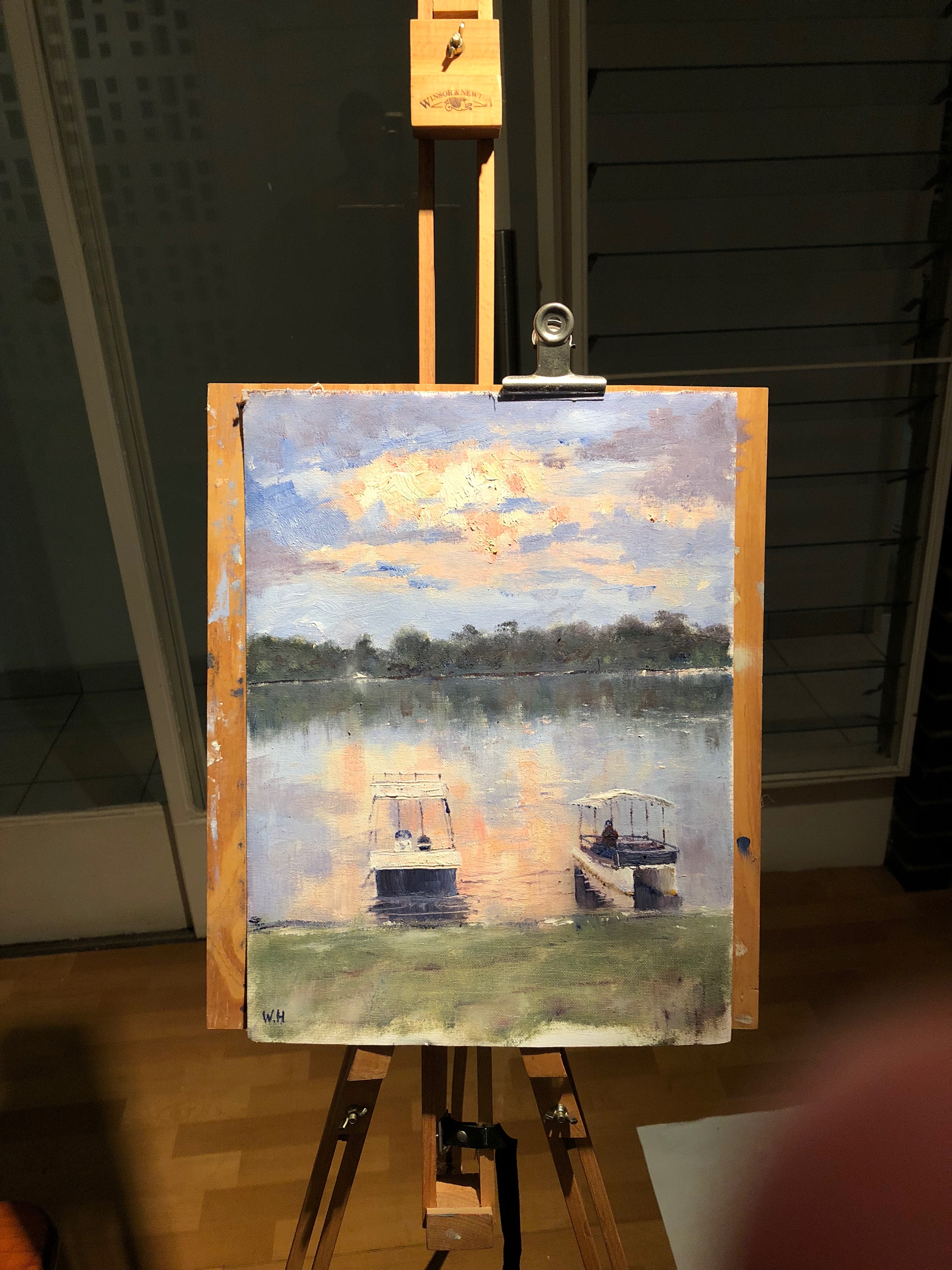 And really, that’s all there was to it until I suddenly noticed Will’s phone light up with Whatsapp messages around 6.30pm.

Will got in contact with his family, while I shot off an email to dad, and then got writing this blog.

After all, people, we had just been forwarded a Whatsapp message saying the internet would only be reconnected for three hours…so who really knows!?

As usual we watch, wait and try to be wise.

6 thoughts on “Riots, blackouts, and a “massacre””