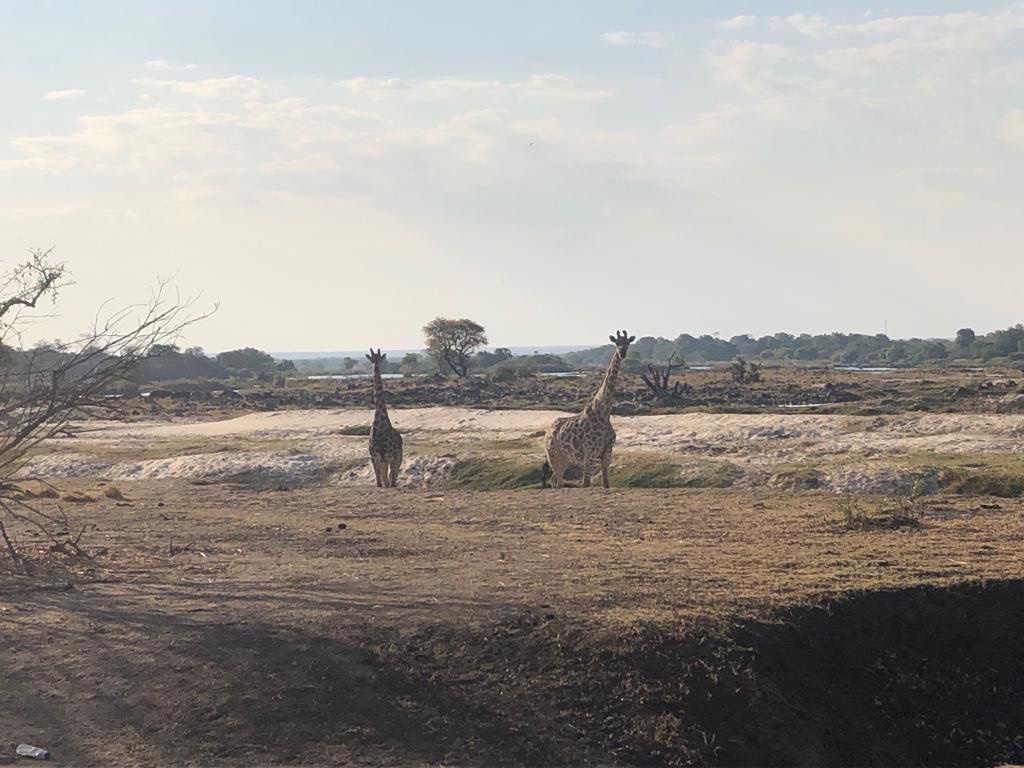 There really is no way to describe the first rains in Africa. But obviously this is a written blog, so I’ll have to try.

The key to understanding the magic of rain is to really get your head around what a lack of it feels like.

In Vic Falls, rainy season is preceded by roughly five months without a drop of rain, as temperatures incrementally creep towards 40 degrees Celsius. Come October the heat is almost unbearable.

Imagine sweltering in an oven from 9am until about 7pm. Then, add an extra 10kg to your current body weight, since you’re pregnant. Toss another degree or two on top of the ambient temperature thanks to the small human growing inside you.

The side-effects are as follows: You drink literally non-stop. As soon as a glass of cool water is finished, you don’t think ‘ah, that was refreshing’. You think ‘man, is my mouth clammy again already?’

You wouldn’t need to go to the toilet at all, except that you are pregnant, so you have to go every 15mins. (The experience is made more frustrating by the fact you bought single ply toilet paper accidentally -BIG MISTAKE- and the frequent power cuts mean you can’t flush since the water pump won’t work).

You move slowly and inelegantly between the pool and the bedroom, where an inverter keeps the fan or air conditioner going, and you can look out the window and ponder all the things you need to do but can’t even begin to because you are just.so.hot.

You moisturize twice a day because your skin is so dry, but your heels crack anyway, and your nostrils burn from the air conditioner drying them out overnight.

All of this builds to a head over a couple of months as the dogs lie panting in any shade they can find, the national park turns to a moonscape full of boulders and dead-looking trees, and the animals move sluggishly around you towards the river.

A good layer of dust settles on every window pane the moment it is cleaned.

Slowly, an infuriating humidity starts to build, making the air thick and heavy, and that 10kg feel like 20kg. Tempers get short, sweat layers skin from the moment the sun pops up, dirt and dust coat your feet and legs, you feel sticky, sick and frustrated.

All of this is made worse by the failure of the last rainy season to show up at the party, resulting a drought that has sent the Zambezi River shriveling up to its lowest levels in decades- apparently.

Just as you think you really need to move into the pool on a permanent basis for the sake of all those you love, the last reprieve- the gentle breeze- dies completely.

Movement seems to be a ludicrous idea, even to the dogs.

Then the sky gets dark, literally out of the blue. A firm wind begins to whisk brittle, brown foliage across the property.

That’s when you see it- a shower so fine it’s only visible because of the little ripples appearing on the surface of the pool.

As distant thunder rattles the clouds, the rain grows slowly heavier. You start messaging your friends using way too many words in capital letters and exclamation marks.

Right on cue in the grand drama, fat, heavy droplets of rain let loose, and the steady shower transforms into a DOWNPOUR!!

IT’S THE FIRST RAINS OF THE SEASON!!!

As you can imagine, the moment unleashes celebration wherever those rain drops fall.

We went out to sing and dance (I was trying to convince Kepler that God was not going to flood the world like in Noah’s Ark, since he mostly knew about storms from the story).

The heat was slowly beaten out of the air, until it whispered only around our ankles intermingled with dust. Finally, even that was washed away by a cool, refreshing breeze.

We could actually smell the weariness, and heat, and exhaustion seeping out of the earth. (Seriously. It’s a scientific fact.)

Best of all, we could feel the weariness, heat and exhaustion being washed out of our bodies, minds and souls.

Even Kepler eventually got into the celebration and (after putting his swimming suit on just incase) ran outside to join us in a little rain dance.

No one knows when the next rains will fall, but for now, our spirits have been refreshed.

Really, there is nothing like the first rains in Africa.

3 thoughts on “The first rain dance”

One year ago today since my feet touched the ground in NZ. Three months to go. #familyadventures #zimbabwe #newzealand
Hanging with my hero at the Lodge opening party. Possibly my proudest wifey moment to date. #herohusband #zimbabwe #victoriafalls #openingparty
Best birthday cake of my life thanks to hubby conspiring with the lodge pastry chef. This business has its advantages!!
When your husband ‘has’ to practice with the new coffee machine at the Lodge...#coffee #coffeeaddict #coffeeart #besthusbandaward
It’s gettin’ so reeeeaaaaaallll! Signage is UP!
Long awaited rainy days in Vic Falls 😍😍. Now, how to keep warm when it is a freezing 22 degrees Celsius?!