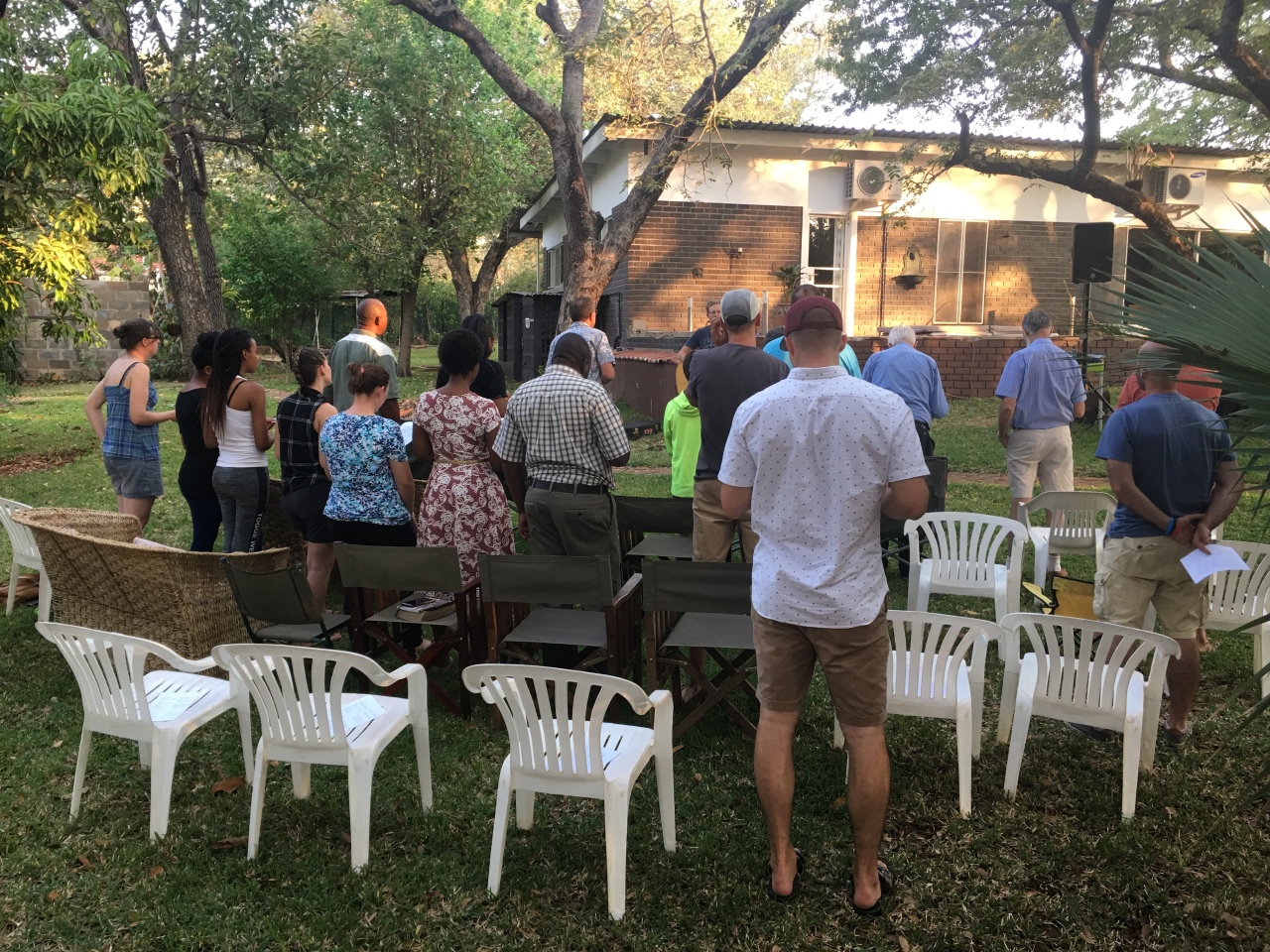 I’ve always thought of going to church as a rebellious act.

So starting one, which we’ve sort of accidentally gotten wrapped up in (we got caught up in the wrong crowd) seems altogether off the rails.

Perhaps the feeling of rebellion comes because excessive drinking, drugs and sex are so stock standard for my generation that they seem quite conventional. But I suspect there is more to it.

After all, signing up to a community that requires commitment and self-sacrifice seems audacious in an age of individualism.

Saying to a world that tells us above all else to follow our hearts: “the heart is deceitful above all things” is outright anarchy.

And believing the truth is a person with His own voice, instead of a social construct we all make up, feels rather subversive.

Anyways, back to Victoria Falls. When we first moved here we nobly and generously decided to tell the Good Lord ‘mi casa, su casa’. In particular, we informed Him, our cottage was at His disposal.

We went on our merry way, expecting nothing to happen.

Then the guests started arriving. Week after week we were asked whether some person or other couldn’t stay with us for a few nights as they were passing through the Falls. In the end, we had guests for about 40 of the 52 weeks in last year.

Given that we live two kilometers from one of the Seven Natural Wonders of the World, that may not seem surprising. What was, however, was the theme that began to emerge in our guests. Rather a large number of them were Christian folk, from all over Zimbabwe and South Africa who, unknown to each other all told us the same thing: They were certain God was up to something in Victoria Falls to do with establishing a church, and they felt called to come and pray/encourage/the local Christians.

Our property, and especially the cottage, had unwittingly become the headquarters for the local rebellion.

Eventually, a couple from Bulawayo began to turn up quite regularly, and asked if they could host a Bible study at our house. We had told the Good Lord it was His property so literally for better or for worse, while richer and poorer, in sickness and in health, we opened the doors.

I confess to being a weak enough character that many times I resented just how seriously the Good Lord had taken our noble (but on my part apparently empty) words.

The dining room was bulb-less, so meals were shared by the light of candles rammed into empty bottles of spirits (not all ours) whether there were power cuts or not.

There was no lounge to speak of- a couple of cushion-less weave couches that didn’t fit together, our ‘office’ desk and a large chest. But we threw in some chairs and we were away.

Anywhere from two, to 10 people turned up on the night.

Once, with the full consent of the local fellowship leader, a church service was added in. Our garden was the cathedral, we sang a few songs, and someone spoke.

Then, just when our lounge got too small and we decided to formally find a building and call our group a ‘church’, COVID hit.

So, our studies were held on WhatsApp, which worked for most people because the internet was too dodgy for Zoom.

By the time we could hold services again, our group had grown to about 40, and we had found a mothballed bar and restaurant in which to hold services.

Ten noisy, loud children ran riot, up from one (Kepler) church kid over the past two years.

And so, here we are, a motley crew of wonderful people all singing away every three weeks to the sound of the Falls, and a guitar, with coffee and tea served from a bar counter after a sermon given with no powerpoint presentation but with a view of the rising mist from that World Wonder waterfall.

The Falls Church has been founded, and the joyful rebellion is on its way.

9 thoughts on “A small rebellion”