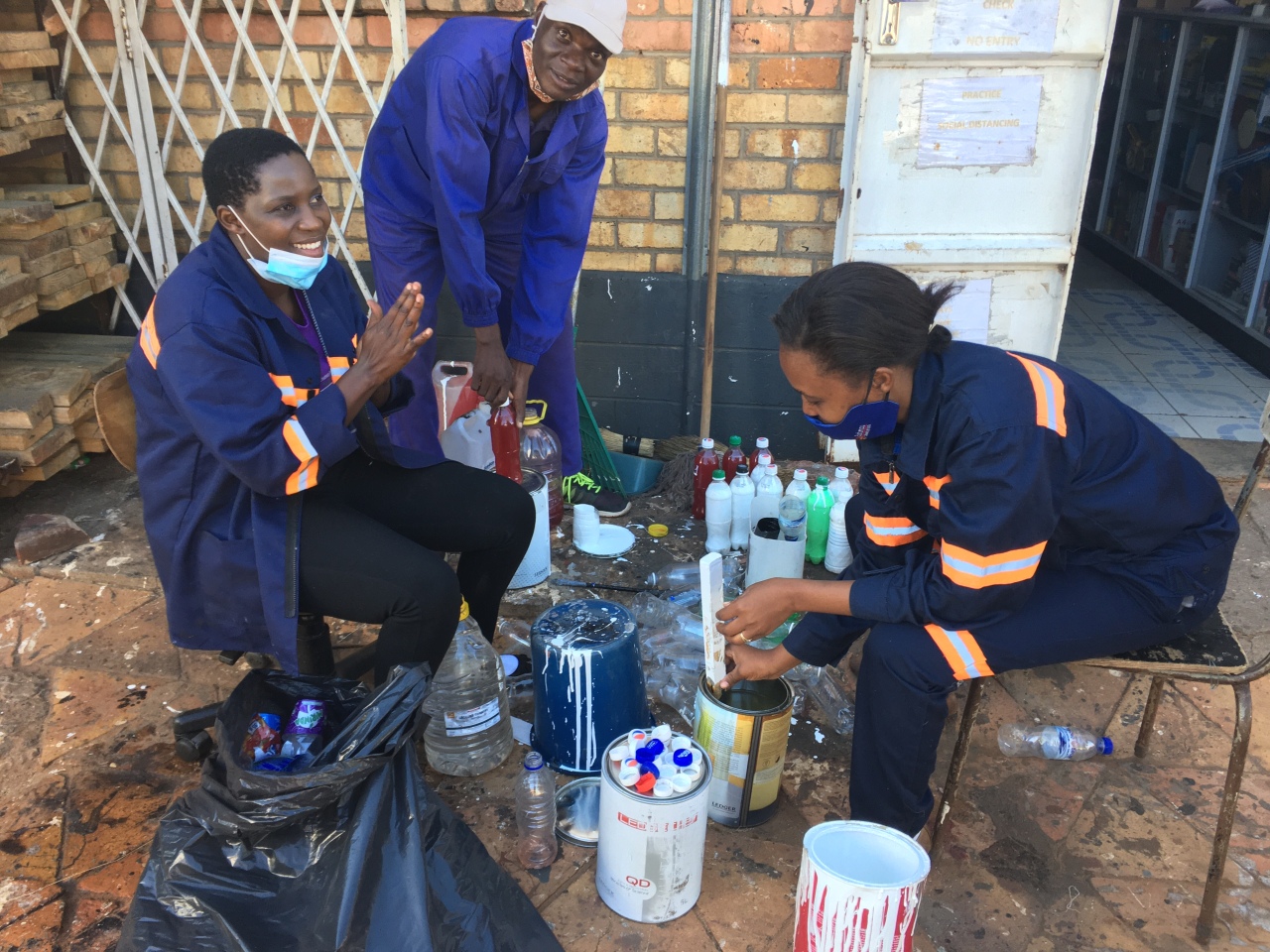 “I’ll have two Pepsi’s of thinner, one of colour coat, five six-inch nails and I need some varnish as well,” I say to the woman behind the counter. Then I add “Imari?”

I’m standing in what feels like a den of broken parts, lost property, and likely some iniquity as well.

But it’s just Philip’s hardware store in Chinotimba, the industrial side of town.

Three years ago the very thought of attempting to find my way around, let alone buy something, would have made me feel like throwing up. The strange languages swirling around me felt like a threat: not to my safety, just to my comfortable, controlled first-world life. I had no idea when I was being taken for a ride, or given an honest price. I couldn’t figure out what people were saying, or get them to understand me.

The ebb and flow of life here was a baffling, intimidating, utterly foreign tune that I couldn’t make any sense of.

I suddenly realise how far I’ve come as I look around the cramped little “store,” a place most Kiwi’s would think was a health hazard. It’s the third one I’ve visited today, the ladies know me, and even agree to let me take a picture as the colour coat I need is poured out of its rightful home, into empty plastic Pepsi bottles, a standard 75ml that is more affordable to the local tradesmen than entire litres of the stuff.

The lady behind the counter answers my “Imari?” with the price; US$23.

I don’t know when I started talking like this in the markets, but I have discovered it is quite necessary. Africans struggle to understand my kiwi accent at the best of times, let alone in a crowded hardware store amongst other negotiators. To be fair I often have to ask for several repeats of a sentence too as I try to understand the product explanations being offered to me.

The lady laughs. She understands my complaint. Zimbabwe’s current shortage (we always have one going) is small currency USD. Shopping now revolves around getting the right combination of items to cover what you need and come as close to a five or ten as possible.

We drop the nails and discover the price is a straight $20…but I need the nails. So after pouring thinners into and out of various plastic drink bottles, we hit $25, and I go home satisfied, ready to get Wills, our local handyman, to do a few more jobs.

After that it’s off to the couch-maker, in the market by the Beer Hall. I love this market. It’s always pumping, full of trash waiting to be turned into treasure, and there is a fresh veggie section nearby so I can kill two birds with one stone.

Elvis is my man for refurbishments, and he works out of yet another over-crowded, half-buried in piles of treasure-trash, low-slung tiny room in the midst of the bustling market. Some of his sewing is still done on an old Singer, when the power cuts. Otherwise, with radio blaring, it’s off to work on his electric machine.

Somehow, no matter how dirty the shack-store looks, the couches arrive immaculate.

When I get home it’s time to tell the wood restorer working on our chairs what I want done. Not only do you buy products for tradies here, you instruct them in exactly how you want them used. I’ve run into trouble with this for three reasons:

1. I don’t actually know what I’m doing, but as ‘the madam’ I have to pretend. Bosses are expected to give instructions clearly, decisively and strongly. Otherwise nothing happens. Suffice to say I know more about electrics, wood products and cement than I ever dreamed or desired.

2. I’m a woman. No matter how rabidly feminist I get about not being listened to, Will eventually has to ‘clarify’ on the odd occasion.

3. My accent. Rather too often, thanks to my hubby’s local networks and Shona- speaking skills, I end up with a tradesman standing outside my house smiling beautifully, saying ‘yes’ and clearly having no idea what I just said because he doesn’t speak English. At all. If he does, my soothing Kiwi tones wash over him in a manner entirely useless to either of us. So then Will has to come “clarify” again.

Thankfully, Duncan, my wood man, has beautiful English and we work well together despite my unfortunately being a woman. By now, he knows how I like my wood done, so we’re over the hump of re-doing jobs three times to get it right.

“Madam,” he says in acknowledgment as I approach with his products. “A man has to eat. A man for a job, a job for food.”

This is something else I’ve come to enjoy about life in Africa. Every business transaction is a play, acted out by participants who both know what the other wants, but need to prove they are the most hard-done-by to get the best price. There is no such thing as asking straight for your pay. That would be both unmentionable rude, and extremely dull. The drama can be downright fun.

“Duncan, how much for you to eat? I ask, even though we both know I’m asking how much I owe.

I look at him, “agh, Madala (respectful term for an old man), where now am I going to find three dollars?”

Duncan laughs, and the negotiation is underway.

3 thoughts on “I need a dollar, a dollar is what I need”